Sacha Christie and Nick Pope faked the photos in 2014. 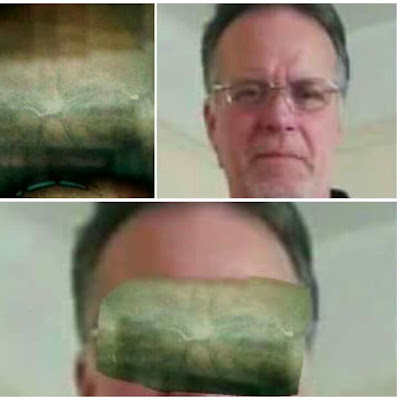 According to camp Warren.

Last night it was brought to my attention that the people in Warrens circle of unwitting deceit are saying that I faked the A10 photograph. Not quite sure how that works seeing as warren uploaded the version himself after Mick sayer found the ufos in it in 2014. Pretty sure that was the year. Before he moved in with us, before he uploaded anything onto my partners laptop. BEFORE anything out of the ordinary became apparent.

Various people were zooming in on the UFOs and discovered the reflection of a camera lens. something I have pointed out MANY times in various photographs of Warrens. I have said before he takes photos of photos. His Yoko Ono photo was a photo of a photo. Now I noticed something else about the Yoko photo.. a dirty misty patch in the top left.

But that misty corner is a massive problem for me because of this photo Warren posted as another one of his UFO photos. Taken DURING the events in the forest in 1980 according to him. But actually he first told Georgina Bruni in You Can't Tell The People, that a guy called Mike took them and gave them to him and he held onto them for 19 years!!! Until he handed them to Georgina. After one week of handing them over, he called her and told her, he had taken them and then went into a long story and that he had smuggled them in a German Stein from his trip to Germany that he also told her he never went on. 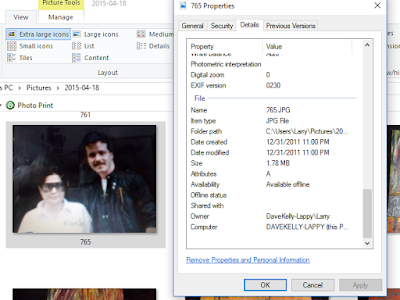 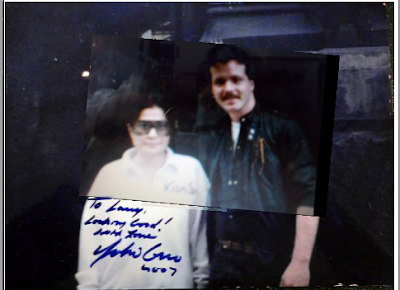