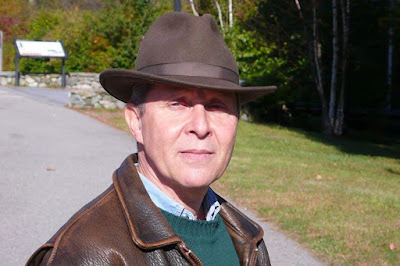 A UFO expert has become embroiled in a bitter feud with his co-author and one-time friend after accusing him of 'deceiving' him with his 'false' account of the infamous Rendlesham Forest incident.
Peter Robbins and Larry Warren co-authored 'Left at East Gate: A First-Hand Account of the Bentwater-Woodbridge UFO Incident, its Cover-Up, and Investigation' 30 years ago, but are now at loggerheads.
US researcher Robbins sparked the row when he accused Warren, a former member of the US Air Force Security Police who now lives in Liverpool, of 'deceiving' him during a radio interview.
Warren, in turn, blasted Nick Pope, former head of the British government's 'UFO desk', for siding with Robbins. He hit back Pope on Facebook for branding him a liar in an online rant.
Read Article
Larry Warrens video rant partially transcribed.
Hopefully now we will be able to get some eyes on why the two of them have parted ways.

Larry Warren has systematically lied throughout his life. This is my opinion but it is also fact. I have debunked every one of his claims. Proven in every instance the lies and deceit.
The assault I have suffered for the past fifteen months has been disgusting. No level is low enough for the people who have decimated my character and the characters of the people who have supported me.

It's about time.
Posted by Sacha Christie at 18:26 No comments: