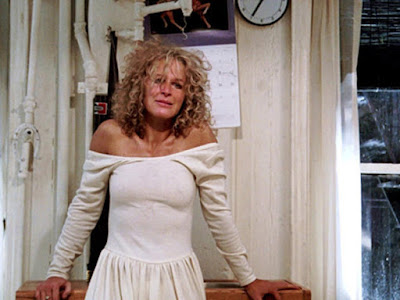 
It has been an eventful few weeks with one thing or another. One good thing to happen in recent days was the ADX Files show I recorded with Alyson Dunlop and David Young. We discussed Larry Warren's varying accounts and lies, we also discussed the ridiculous untruths Gary Heseltine has been spinning. In fact we covered quite a lot of things, including the reasons the police haven't involved themselves. Gary Heseltine seems to think that lack of conviction proves innocence.

I have no evidence, it's just a fatal attraction thing according to Gary Heseltine of UFO Truth Magazine, a man who prides himself on having once worked for British Transport Police and say's he should know evidence when he see's it. Well we all agree. He should, but the thing is, he isn't actually looking is he?

We decided it was about time we used some of Larry Warren's own words to show you his lies. I have already discussed how he says he discovered Metallica. He said he was paid half a million dollars finders fee. I've posted an an article (below) in Variety Magazine about Michael Alago, the man who really signed Metallica. There is not one mention of Warren. I point out the fact May Pang said his sketch was a forgery, May was John lennons girlfriend and was also witness to his famous UFO sighting.

Georgina Bruni and Linda Moulton Howe both told us all of how he said he stole Adrian Bustinza's account, there is a transcribed conversation on Linda's Earthfiles website of a conversation she had with Larry Warren in 1986. It's made very clear in the ADX Files show that everything has been said by someone else first, I am repeating what has been said, yet both Warren and Heseltine continue to tell the lies that I am the creator of all of this.. Here is a link to a page which outlines one of Larry Warren's previous fraudulent sales of a fake Stevie Ray Vaughan guitar. Nothing I am saying is new. The Stevie Ray Vaughan fake guitar was sold by Warren in 1995.

Larry Warren said in the video below he flew straight out to Ground Zero immediately after the 9/11 atrocities and worked on site for four months. He watched on as body parts were pulled from the rubble. He states was there because of his career in the steel industry but he doesn't say in what capacity. In actual fact he was still here in the UK. No flights were in operation for two weeks and only then very tentatively at first, but that isn't all. He doesn't appear on any of the registers of the people who helped in the clearing of debris or investigation and he isn't ill. He hasn't suffered in the slightest from exposure to the toxic air that has continued to increase the death toll. There's just one more thing. He was at the Leeds UFO Magazine Conference at the end of September that year and was seen by hundreds of people. He wasn't a speaker but Budd Hopkins was talking, Peter Robbins was there and Warren was also in attendance.


In his drunken YouTube stream with Christina George he rambles endlessly about his career with famous people, he states that he was a PA for the Beach Boys in the 70s!! Warren was born at the end of August in 1961, so he was a child. He also joined the military in 1979 according to him, he actually on enlisted in 1979 and was in service for a very short time from August 22nd 1980 to May 15th 1981.

More importantly, Alyson plays clips where he contradicts himself. He states in Left at East Gate that he spent the Christmas weekend in Germany, he gets back just in time to do his shift. yet in his Filey talk for B.U.F.O.H, 2015,  he says that he was in Ipswich, he was in the UK all weekend. He states in his Toronto talk 2016 that he was in Germany with ''those girls''.  Parts one and two below.

Here is a segment of Left at East Gate;

The day before Christmas, I left for Germany with my friend Mark. We had met two German girls in London the previous week at Le Beat Route, a club on Greek Street. We had gotten along well at the time, and the girls had invited us to spend the holiday with them and their families near Frankfurt. We had a great time, despite a severe language barrier. However, I think the girls lost interest in Mark and me on the second night. We just sat around and stared at their parents and they at us, while the girls went out with their German boyfriends. On or about 27 December, we flew back to RAF Mildenhall to begin our shift the next night.
Robbins, Peter. Left at East Gate (Kindle Locations 1301-1305). Cosimo, Inc.. Kindle Edition.

Here is a segment of You Can't Tell The People, Georgina Bruni.

A year earlier I had discussed Larry’s alleged trip to Germany with Peter Robbins. According to Left at East Gate, Larry had just arrived back from Germany the day before his encounter in Rendlesham Forest. Peter assured me that was what his co-author had told him, but I was not convinced. If Larry was in Germany, I thought he could not have been a witness because by his own admission and his records he was on D Flight, which meant he should have been on duty during 26/ 27– 28/ 29. Therefore, if he had been involved in the second landing, he would have already been on duty the day before. However, since then I had discovered that some of the flights were mixed up due to the Christmas holidays. With this in mind, I realized Larry could have been on a different shift that week, but for no reason in particular I had failed to mention my new findings to Larry or Peter.
Just when I thought I had heard everything, Larry had another surprise in store for me. He was now confessing that he had never been in Germany during the Christmas holidays but had used the trip to cover up the fact that he had been involved in the initial incident. He claimed that if researchers thought he was out of the country then they would not connect him with it. I was obviously trying to figure out how anyone could connect him with the photographs or his alleged involvement when nobody had known anything about it anyway. This statement was remarkable, considering he had diligently done everything he could to prove the incident had occurred and especially that he himself was involved.

But all of this above, everything I have said is not evidence of lies, it is merely evidence of the fact I have got the hots for Larry Warren and Larry Warren is not a liar, I am. That's according to Gary Heseltine of UFO Truth Magazine.

You can make your own mind up. Hope you enjoy the show. Here is the link again. 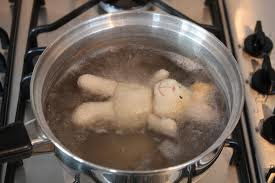 Posted by Sacha Christie at 19:53 No comments: Links to this post