Two days ago Warren went on UPRN radio to talk to Joe Montaldo about what a baddy I am and how he is repackaging the whole Rendlesham thing, owning it. Changing the face of it forever. Rewriting it.  You know, all those things he accuses everyone else of doing. Lets face it, he wasn't even on duty, he didn't participate, so this is really quite stunning isn't it? Read Left out at East Gate so you know how I know Warren's account is not true.

Well we get to 48 minutes on the show and Joe say's he wants to stop recording for the break, they messed up and got a 90 day YouTube ban for not cutting out the break on another show where they discussed pedophile dolls as he calls them.

So I am listening to the drivel, droning on and on, two bitter old men bragging lies, then Montaldo tells Warren some gossip....

"Race Hobbs, the producer of KGRA, is a convicted pedophile...."

Then Montaldo goes onto explain how Race molested a 13 year old boy and that his show host Jeffry Pritchett discovered this. Well that just shows you how well Joe does his research, or even remembers what happened. Race is most definitely NOT a convicted pedophile.

In this blog there are a couple of photos of Peter Robbins and Warren where Peter is pretending to stab Warren and cut his head off. This was after I revealed a few things, Peter, loyal to his then co-author, refused to even look at my evidence. Those photographs were taken by Bill Forte. Warren knows all this. Didn't set the record straight did he? But he doesn't care, he thinks everyone at KGRA are cunts as he says in the clip below.

Warren accused ME of outing Bill for his crimes. I did no such thing. I was merely included in the email that Jeff Pritchett sent to everyone. Basically my email was one of many. Warren and Heidi Neil both spread the rumour it was me. Yet another stunning example of their fact checking and researching abilities. They all run on gossip.

So Warren knew full well it was not Race who has been convicted because Warren and Heidi Neil are such good friends. Heidi Loves KGRA, I can't help but wonder if she dropped her plastic wine glass and spilled white lightning all over her roll ups in shock.  She was sat in the chat room of UPRN with Joe. Thats it, just them two, for a show that he alleges 100,000 people listened.

Oh dear... Just think, according to Joe 100,000 people heard him say all that? The whole time he is thinking he is not recording, oh the irony!  I wonder what will happen in court when he has to provide that information. I dare say this will be going to court, I very much hope it does. The UFO conmanunity needs to understand that eventually, there will be consequences to it's egomaniacle actions.

The show has now been pulled from the site but not before a few of us managed to capture it. 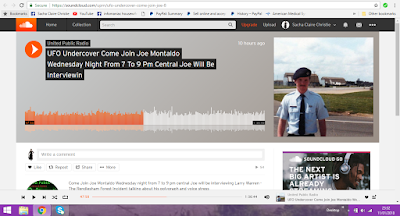 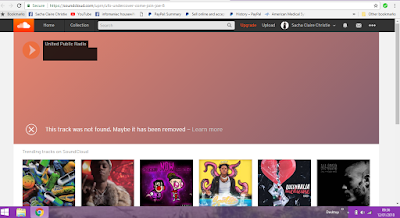 Montaldo is now  on his page saying he offered to do a polygraph test on me... How is he going to do that? Online? An online polygraph??? Like the Voice Stress Analysis he said he did with Warren OVER SKYPE!! See how deluded he is...! How much of a blaggard he is?! He is in New Orleans, I am in Liverpool!, He is blatantly against me and thinks I'd agree to some sort of polygraph test and is makingsome big deal out of the fact I won't do it, like thats telling you something about my guilt, not his delusion that he can perform a bloody polygraph online!!! so he is trying to use that to make me look bad when it's an impossible, ridiculous idea anyway!  How the hell...? I can't even....

If you have followed Joe Montaldo's shows and never changing rhetoric at all, he often says how easy it is to beat these things and that he himself has 'beaten' up to thirteen polygraph tests! So.. thats one way of saying to everyone "Hey, I am a really good liar, believe me when I say my show gets hundreds of thousands of listeners all over the world, believe me when I tell you anything. I can pass multiple polygraphs"

You have to wonder how he ended up in the position of having that many, or did he conduct them on himself? I am trying to find some logic and reason in these brags, the only logic I can derive is that they are both liars and think they are good at it, just because they do it all the time, then troll anyone who challenges what they say or asks them for evidence while pretending they have been totally reasonable in all things.

A few years ago Guy Weddle and I were intermitently doing a radio show. Citizen Sane Radio. Montaldo coaxed us over to his "network" where we were regularly told we were getting between 400 and 900 thousand listeners every show. We never saw any proof of this and when all the show hosts wanted to see thier stats, a massive argument ensued and everyone left him. Nobody got to see ANY stats.

He deliberately caused bad feeling between the hosts, they were all arguing in public in the chat room. What a mess... Stephanie Benetti and I had a big public fall out, fully encouraged by Montaldo. He loves a good fight because it is how he gets people's attention. Shame of the matter is, that involves a grown man getting his 'friends' together to troll me! He can say whatever he likes abpout what he has done and I am sure he will, he isn't trolling.. But he is... He allows a man to call me a fucking psychopath live on air and if I say anything I am to be publicly castigated. I'd expect nothing else from a misgynist, two of them together, how did they cope with all the testosterone after the show?! 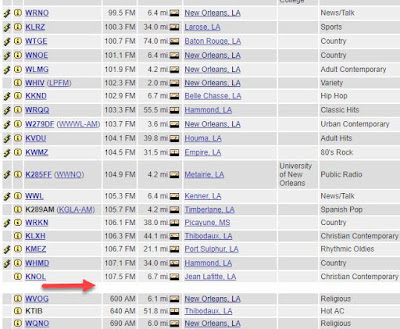 Well, this is the only attention that man is getting from me. I will NEVER take a phony online polygraph test with a sold Warrenite. The mere suggestion is symptomatic of a deluded mind. What a joke! I mean seriously think about what he is saying!!!

I'm having a technology head butt here... I will embed the video properly asap.

This will take you my google drive

The problem with these types of people is that if you ask them to show you the proof of their words, they fall into the foetal position and wait until everyone gathers around them, then they play the victim and everyone feels sorry for them and... well you know how the trolling goes. Most people do not need the slightest bit of evidence, that is why they gather those types around them. Willingly blind and reactive. So I blocked him. Obviously.


So to reiterate Race Hobbs is NOT a convicted pedophile but Warren and Montaldo are dangerous gossips. 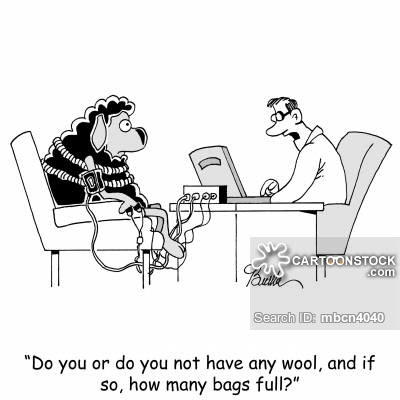 Posted by Sacha Christie at 11:35 No comments: Links to this post