Adrian Bustinza speaks out. Was Larry Warren even present during the incidents?

Is this the biggest deliberate deception ufology has ever seen?

After my last post about the glaring differences between Larry Warren and Adrian Bustinzas accounts, Adrian left this comment on a post of John Burroughs about what has been said. This is it. 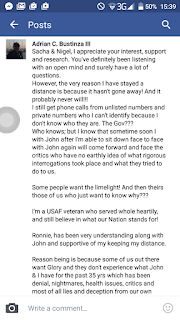 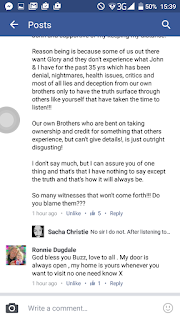 I am sure you've already noted that Adrian says "John and I", not "Larry and I", amongst many other illuminating things.

Evidentially there is nothing to place Warren at the event.

Time will tell. Hopefully then more witness's will step forward once they know his death threats are as fictitious as his witness testimony.

Has his behaviour deterred other witnesses from coming forward until now?

Many thanks and great respect to Adrian Bustinza for coming forward at this time.