Larry Warren intoxicated on live YouTube stream. Claims to have been PA to the Beachboys 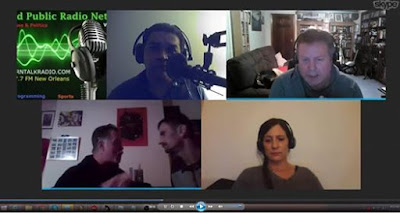 Well I am busy at the moment! So much to dismantle! Still working on the Filey talk video, had to put that down for a day or so to watch a slow motion train wreck.. The Joe Montaldo show but also, unbeknowst to me he was on Christina George's show as she has now joined the ranks of his merry hench. Well, maybe not... Not after the show she did with him. I could barely get through the first twenty minutes without dying. It is so awful, Warren is absolutely smashed. He says he is the whistlebrrrrr... I think he mean blower, which he certainly is.

It's a drunken lie fest with three other uncomfortable faces adorning the screen as Warren romps about, his split screen 'personality' swigging cans, giving the finger and talking to his new friend Gage, who clearly has no clue about what is happening, but he is going along for the ride which is fair enough! We have all been there! Say something in 'foreign' he says to poor Gage... Just wow.

So anyway there they are talking about haters, not people asking questions, we are trolls, stalkers, haters etc. All on the take etc etc etc. Stalking him every day. No we don't stalk you Warren, we just retort on all the crap you keep spewing all over the place ABOUT US! Are you mad? (Rhetorical question). Of course you are, you are fuming... BUT, if you think you can say stuff, then we can say stuff too... If that 'stuff' is about US! Get a grip, find a bit of logic in your lie addled mind!

So it was an illuminating moment to find myself in receipt of a particular url that takes me to a particular blog called 'Eye on the Paranormal'! Well, well, well...!!! Look at who has made all this noise and danced about for my attention... She says we have been invited on her show, but I have never received an invitation from her, but I was called a troll and a hater from the get go! Then wonders why I won't talk to her. I think she is an idiot basically, I now think Joe Montaldo is a complete and utter liar whereas before, I just thought he was a bragger. Insecure, you know.

He lies about having a radio station, lies about having 100,000 people listening, hundreds of thousands of downloads... Go to the frequency UPPRN is on you won't hear it. But then he will say it's under maintenance etc... Forever. But he is buying a new radio tower soon... After you give him money to replace his five computers that got ruined by a lightning strike. For the second time in a few years. Christina has a GoFundMe too with her poorly dying self in a hospital bed and another Joe set up for her for paying bills. Both seem to have vanished now, replaced by Joe wanting money for 'station' repairs. Not bad eh? Keep the GoFundMe going for one reason or another. 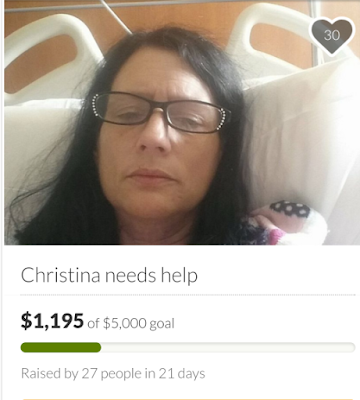 These two blogs are must reads for the background on this fraud. 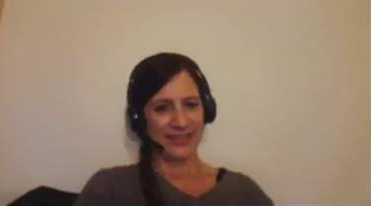 So... !To the facts of the matter and the type of person we are dealing with here....


An excerpt from Eye on the Paranormal.

"One such case that we have been working on is a fake psychic named Christina George.  Now, I’m not talking I think she’s fake and challenge her to prove herself like some challenge from James Randi the skeptic.  I’m talking proven liar by using her claims on videos and hard proof to the truth that shows her lying about her past and how she came upon psychic ability.  What is more disturbing is… this woman has a past criminal record that involves felonies and prison time.  Not only is this a proven thing, with hard evidence even online, but, the past as relayed by her sister is very disturbing that includes proof to drug use, elderly abuse and neglect suspicions with documented proof to why the suspicions are there.  Her sister, Leslie Jobe Shelton, is a victim’s advocate and really felt the need to warn others and stop Christina from continuing for the good of the public.  The show link below is the link to the show that Leslie, Christina George’s sister was on.  Leslie has our utmost respect on this and has joined our ranks to help us do what we do.  She is an amazing woman. Listen to what she has to say below after reading this."

Eye on the Paranormal


These people are MY haters. I didn't go to them, they threw themselves at me,  THEY start playing MY victim after throwing themselves at me, when in fact I want nothing to do with any of them. So check that logic. Joe has a guest who calls me "fucking psychotic" which went out live, when I call himout on it he starts a thread trying to involve me, on his page, with all his cronies, he starts a trolling thread.  He just wants the attention, he thinks he can argue, he can't, he just lies and brags lies like Warren, they are the same type of people. After reading about Christina Goerge's antics, well... one and the same aren't they? Both Joe and Christina are currently begging for money via GoFundMe for personal use.

Yet I am the problem, according to these wonderful people. 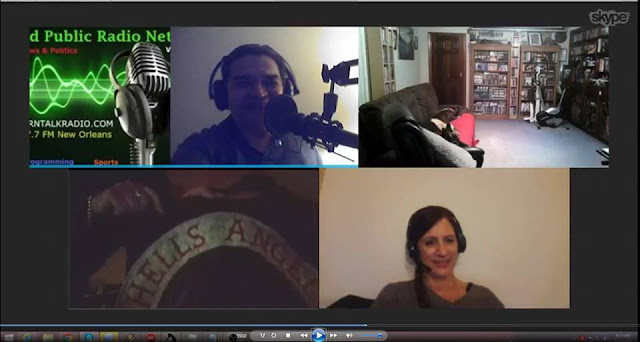 Here is a shot of him showing the patch he didn't earn. I know a few people will be interested in this. He has never been a Hells Angel. That fact is well established. But he keeps peddling it!!