If you know the Larry Warren story well, you will know that he has always stated that his military records were tied up in red tape, no one could get access to them, the FBI had them. 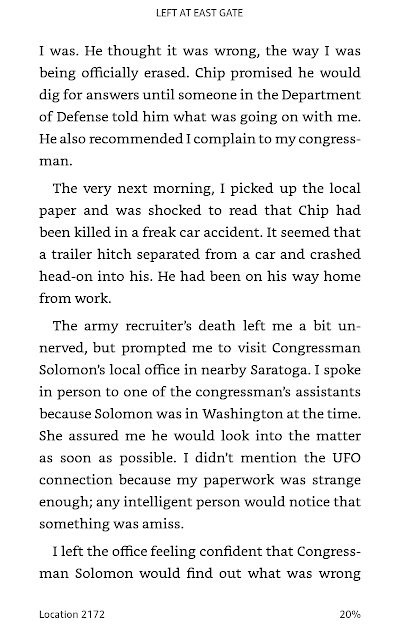 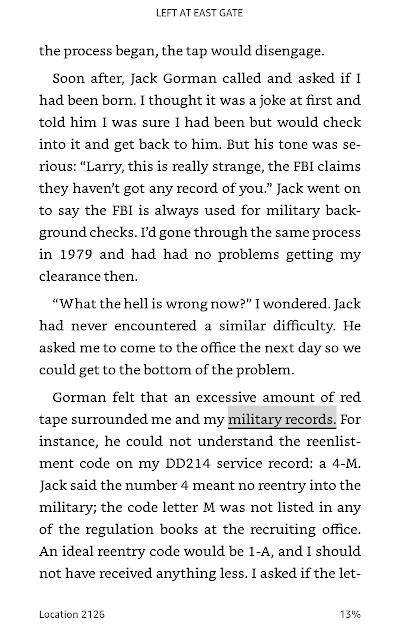 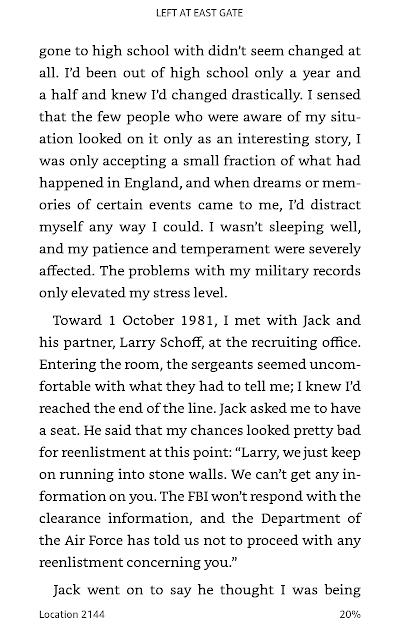 Yesterday I decided to send a FOIA request for Warren's military records.

Re: Freedom of Information Act Request

This is a request under the Freedom of Information Act.

I request that a copy of the following documents be provided to me: Airman Lawrence Patrick Warren DOB XX/X/XXXX information about his Military Career

Lawrence Warren is an American citizen residing in the UK. Lawrence Warren has made many claims in public about his military career which was in reality, very short lived. He claims otherwise.

He calls himself and Ex Veteran after approximately 8 months service and has never seen action. He enlisted in July 1979 and was discharged on May 15th 1981 in the best interests of himself and the USAF.

He uses his Military documents for public notoriety and financial gain. There has been some controversy recently over Lawrence Warren's claims of being involved in what is now referred to as the Rendlesham Forest incidents 1980.

He wrote a book Left at East Gate with Co-author Peter Robbins. Peter robbins recently disassociated with Lawrence Warren due to many new inconsistencies and lies. Lawrence Warren has very publicly maliciously harassed myself and others for questioning his claims and asking for the truth.

I believe it is in the public interest that the basic information of Lawrence Warren's military service is released under the FOIA such as dates of service, branch of service, final duty status, final rank, reason for discharge/separation, assignments and geographical locations.

In order to help to determine my status to assess fees, you should know that I am an individual seeking information for personal use and not for a commercial use. Much public controversy surrounds Lawrence Warren and his military career. He has exaggerated his service for financial gain and has altered the military records he has, he states publicly he stole them. When questioned he becomes enraged and has verbally assaulted many people. I believe this information is of extreme importance.

I have attached the documents he says are genuine. One of them has a thumb print instead of a signature. Also Lee Swain spelled his name wrongly, twice on the same page with two different pens, It is spelled Lea Swain not Lee Swain which is the correct spelling.

His medical documents have very obviously been altered and Dr Echols was a orthopedic Dr stationed at Lakenheath. His medical records state Dr Echols had examined his eyes, he was not an Ophthalmologist.

Stolen Valour and Military Imposter laws stand in place to protect the honourable men and women who serve their countries with pride. Mr Warren finished basic training, was possibly in trouble for drug offenses and requested a separation. After selling a story for thirty five years on the basis of his military career, I believe it is a matter of public interest and also a matter of importance to a section of the public. .

I request a waiver of all fees for this request. Disclosure of the requested information to me is in the public interest because it is likely to contribute significantly to public understanding of the operations or activities of the government and is not primarily in my commercial interest.
Thank you for your consideration of this request

I received this reply;

Thank you for submitting your Freedom of Information Act/Privacy Act request to the National Archives and Records Administration, via FOIA@nara.gov. Your request was dated, May 31, 2017 and received in our office on the same day.

Due to the nature of your inquiry, we are forwarding your request to the National Personnel Records Center (NPRC) in St. Louis for appropriate handling. NPRC assistant director Kevin Pratt or someone from his staff, will contact you within the next 20 days.

As a courtesy, I have also notified our office of public affairs.
Please also visit this website, https://www.archives.gov/st-louis/ to learn more about requesting Official Military Personnel Files directly from our St. Louis office.

Thank you for contacting the National Archives, and please visit our website at www.archives.gov/foia for further information on gaining access to America's treasures.

That was that for twenty days, or so I thought. Imagine my surprise to find a reply when I checked my email around 9.30 pm today sending me the information I asked for. 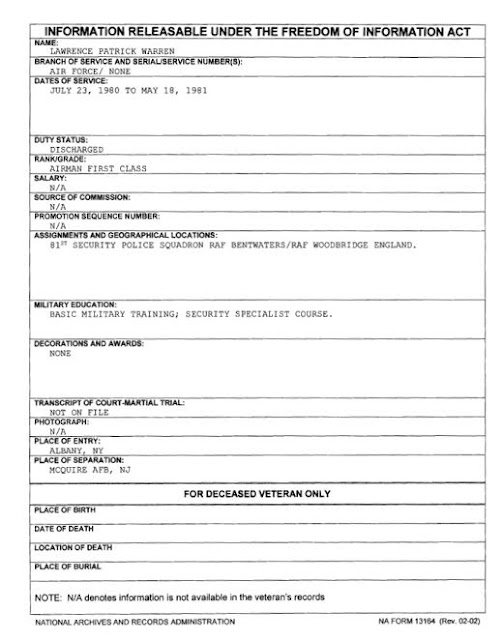 If I have Larry Warren's consent I can have his full military records which means he can access them too and for all of these years he has lied and created a conspiracy theory around their disappearance when he quite obviously just doesn't want anyone to see them.

So if he believes his originals he say's he stole have been tampered with but not by him, he can get copies can't he. He always could, he just didn't want anyone to see them, why? I don't know. Maybe he really was discharged for drugs, not that he got out because of a breach of contract or for medical reasons or any other of the conspiracy theories he has concocted.

Just like he say's he can't access his facebook account because he has been hacked, he only needs to provide identification to them. He has lied for decades about his military records. Now we all know he can access them just as I could if he gave me his consent.
Posted by Sacha Christie at 22:46