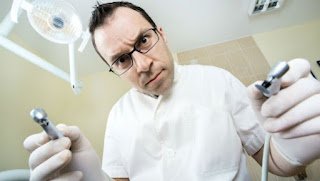 
"A Chance Observation:
By chance I was looking at some of the previous issues of UFO Truth Magazine tonight when I happened to come across an article by Peter Robbins in issue 2. I was particularly drawn to one paragraph about his initial relationship with Larry Warren in the 1980s when their collaboration period began. The following paragraph is a direct quote from his article in issue 2 (July/August 2013).
“When Larry Warren, my co-author on the book Left At East Gate, and I began our investigation into the Rendlesham Forest incident in the late 1980's I interviewed and re-interviewed him repeatedly regarding his memories and involvement in the events of December 1980, sometimes to the point of distraction. But he was almost always a good sport about it and put up with my repeated enquiries.”
Thus it now begs the question, how when you've questioned LW 'to the point of distraction' that you could have been 'deceived' which you now claim? At the time of writing this article your collaboration period was at the 24 year point. Yet, just four years on and having written three books, all about LW and his involvement the RFI I might add, you now find you have been 'deceived' by LW for 28 years! It seems to me that you are either  the world's worst judge of character or when some ill-judged questions, most of which hold little or no evidential credence in relation to LW's RFI involvement you chose to cut him loose to the gang of wolves with a malicious agenda (i.e.condemn him as a liar, a fraud, a conman first, then claim in the next breath that 'their aim was only to seek the truth!) or when the going got tough you cast him aside in a desperate attempt to save your professional reputation. GH."
Posted by Sacha Christie at 11:30